The most valuable metric in a sales dashboard

What is Pipeline Activity

For a single metric that’s relevant every week and a good indicator of productive activity consider measuring Pipeline Activity. This metric measures how productive a salesperson was during the given time period even if no new leads were generated and no deals won. This is accomplished by looking at the changes made to each deal in the sales pipeline during a given time period and assigning a value to this activity.

How to calculate Pipeline Activity 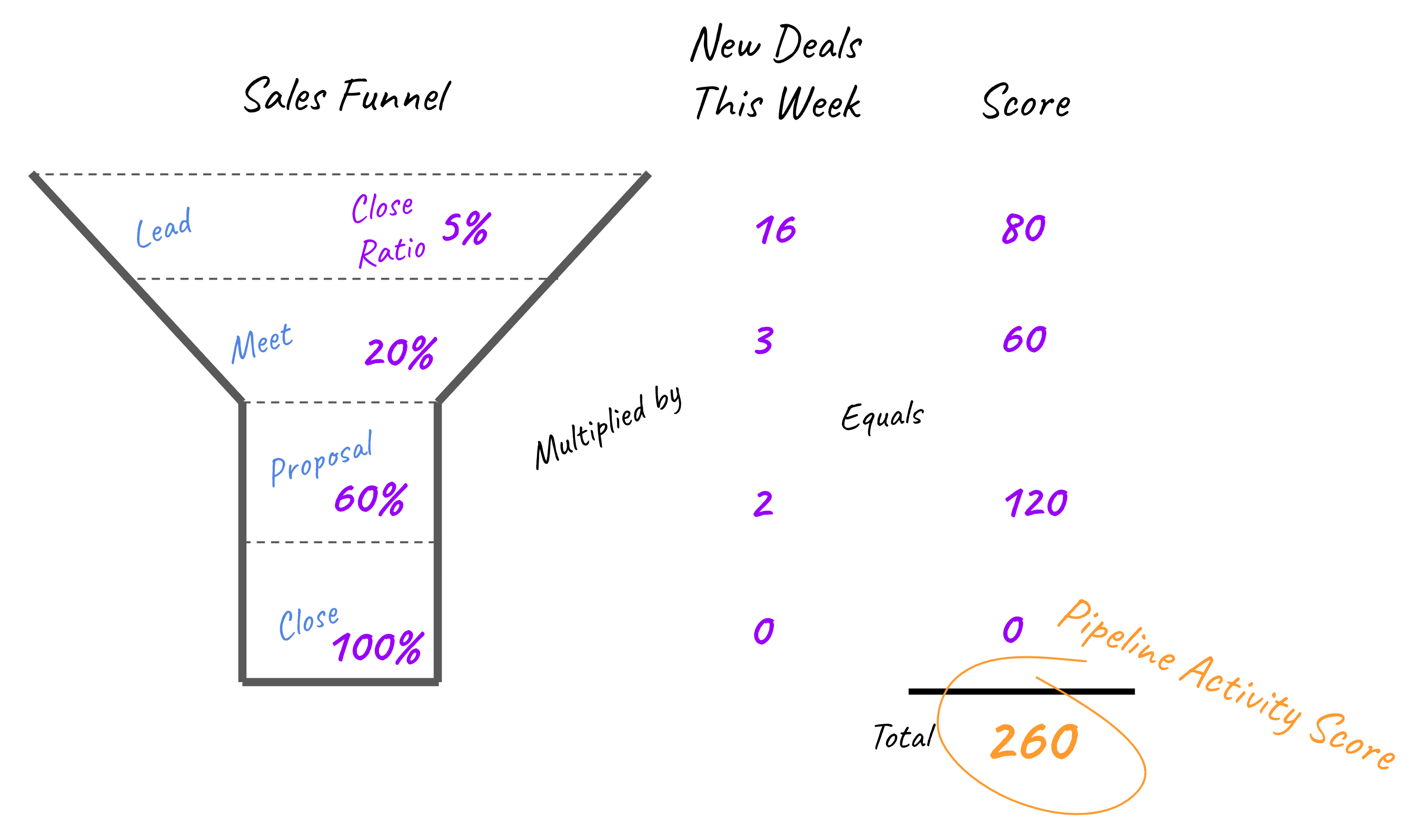 The Pipeline Activity metric is then calculated by taking the number of new deals entering each stage during the time period and multiplying by the value assigned to each stage. The scores are totaled and the resulting metric can then be compared to a previous time period or across salespeople to see it in context.

Because values are assigned to each stage in proportion to the average close rate the activity of adding 20 new deals to the Lead stage is equivalent to moving 5 deals from Lead to Meet both of which are equivalent to closing 1 deal. No matter which activities a salesperson focused on during the week their productivity in moving deals through the pipeline can be ranked and quantified.

Like all metrics, Pipeline Activity isn’t perfect and is best viewed in context with other performance indicators. But for a single metric, it’s possibly the most valuable measure of short term performance.